Beware of content farms and content providers that develop web content without  getting involved in your business and without getting to know your company and your products in depth.

One of the major components of search engine optimization is content. So like everything else in the Search engine Optimization (SEO)  industry the “black hat” optimizers immediately started flooding the Internet with hastily produced, keyword laden, recycled content in an effort to drive up the page count for their clients.

Unfortunately this prompted the rise of the “content farming” industry. Companies and individuals started to “clone” content from other websites, rearranged it a little and spit it out as though it was new. If done cleverly the search engines would treat it as original content and reward the website with higher search rankings.

Google makes hundreds of changes to its search algorithm each year in an effort to stay ahead of black-hat optimizers who use dishonest tactics in an effort to fool the system rather than produce useful content. Part of these changes includes a new algorithm that was introduced at the end of February and affected an important percentage of Google queries in the US. The new algorithm from Google was aimed at content farms that generate poor content whose goal is not to serve and inform the human visitor but to just achieve higher search results in an artificial way.

Good quality content should be original, well optimized by search engine guidelines and meaningful to the human doing the search.

If your SEO supplier develops content for you and is not really a “consultant” that knows your company and your products, then probably he might have used recycled content for the SEO strategies used on your website and was affected by the new algorithm which also affected off-shore optimizers with a poor command of the English language who simple scraped and assembled content for other websites.

Other websites affected were sites that rely on manufacturer´s descriptions to advertise their products in their catalogues and in their shopping carts, basically because that content, originated by the manufacturer, is cloned, copied and replicated by all the distributors and resellers in the channel, thus generating duplicated content that was caught in the middle of the algorithm validations. For this websites, a new effort needs to be done through which more intelligent content needs to be put in place.

If you were affected, your site probably lost ranking and was pushed down on the Google listings

Along history (not very long by the way…) Google has always found the way to seal the cracks. Whenever a black-hat optimizer appears, Google will deploy an army of people to study the leak and develop the protective algorithm. It sometimes takes time because Google needs to be sure that the algorithm stops the black-hat optimizers but allows the clean strategies done by white hat optimizers. Trying to fool Google is short sited and ultimately damagess your web presence, especially when Google changes its algorithms

A Professional Digital Marketing Agency knows the rules and complies to them when developing SEO campaigns assuring that the most accurate, meaningful and varied search results must be served to the person searching for information. This way Google can assure its audience that when they search for something, the most relevant results will always be listed.

Well, there is only one way: to do things right and partner with a SEO supplier that can write intelligent, original SEO content for your website. 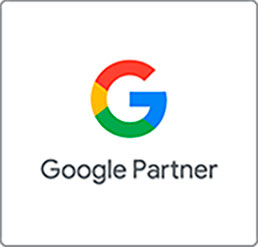